Melasma is a common skin problem that is also known as 'chloasma'. It causes brown patches on the face; most commonly appearing on the cheeks, bridge of the nose, forehead, chin, and above the upper lip. It also can appear on other parts of the body that get lots of sun.  Hormone changes along with sun exposure are the most common triggers for melasma. Although melasma may affect both men and women, the majority of those affected are women.  Individuals of Latin or Asian ethnicity are also more likely to get melasma.

Are Lasers Effective for Treating Melasma?

The nanopulse Nd: YAG laser is the gold standard in treating moderate and deep pigment disorders and more recently melasma.  Spectra was cleared in 2012 for the treatment of melasma, and has shown to be very effective in reducing the appearance of melasma.  Individuals receiving treatment should always wear sunblock if going into the sun and avoid sun exposure which can retrigger pigmentation. 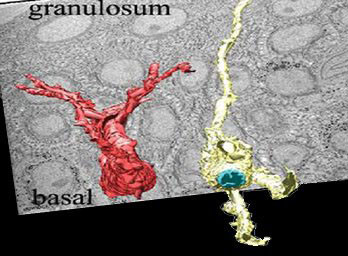 Two melanocytes are seen in 3D, reconstructed from the data from 500 x 50 nm slices and computer rendered: color is for illustrative purposes only. Image is of skin from a melasma patient before skin toning. 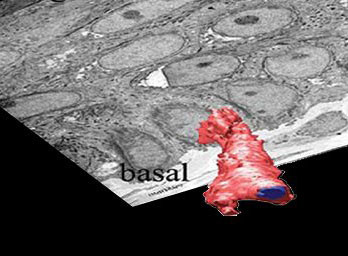 A melanocyte from the same patient after laser toning. The cell is still alive, but the long appendages have been trimmed off.

Are you ready to get started?

Talk to a Sales Agent

Thanks for being with us.